What is Microsoft Silverlight? 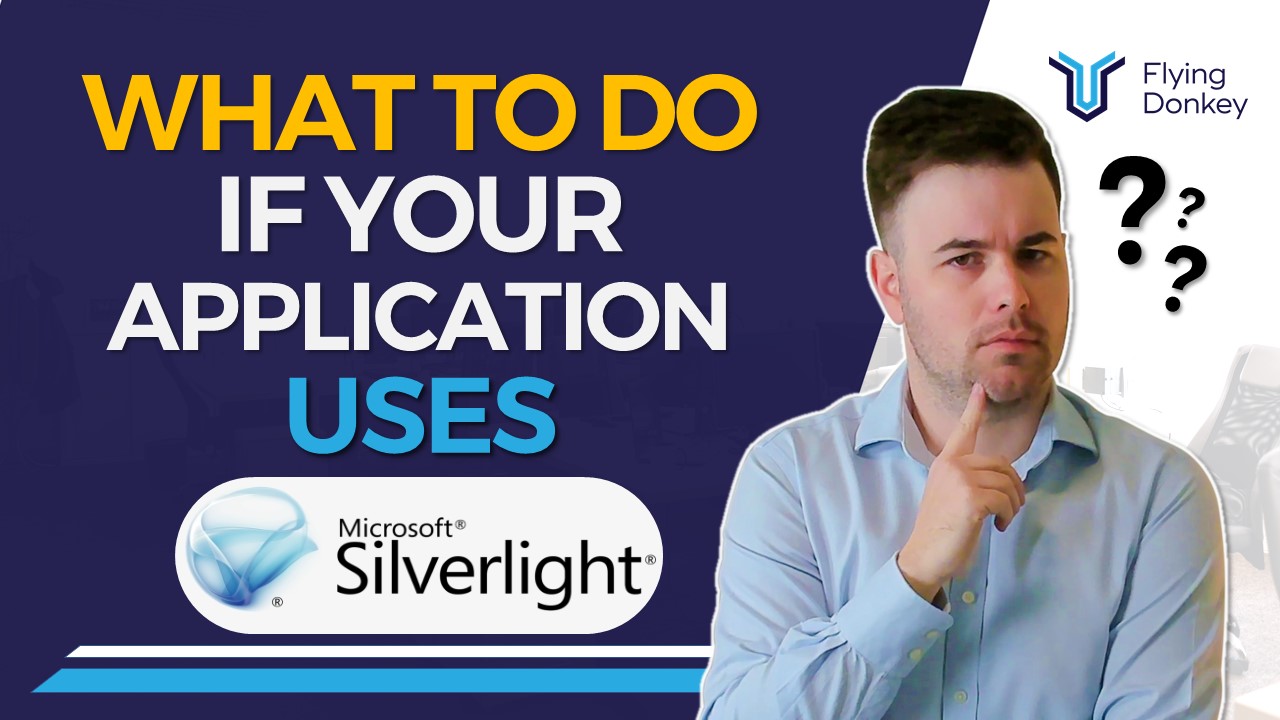 What to do if your application uses Microsoft Silverlight?

Ah, Silverlight. You were supposed to be the chosen one! You were going to end the hegemony of Adobe Flash! Alas, you just had to fade away into irrelevance just a few years after your launch.

In truth, not many people—whether consumers or developers—will be affected by the sunsetting of Microsoft Silverlight. It’s been a long time coming, and people have had a lot of time to exit the platform.

However, if you’re one of the unlucky few still to have bits and pieces of legacy Silverlight code somewhere, this article is for you.

What is Microsoft Silverlight?

Microsoft Silverlight is a development framework for rich, interactive web content. It was positioned as an alternative to the highly dominant Adobe Flash, especially in the realm of video. It had support for many modern video codecs and was even adopted by NBC to showcase the 2008 and 2010 Olympics and Netflix for a few years.

But Silverlight came too late. The Silverlight plugin had spotty compatibility across major browsers, especially on Mac OS. It also only ran on x86 or Windows Phone devices. Can you imagine not having mobile web support for Android and iOS in the early 2010s?

Even worse, it peaked when the industry was transitioning to HTML5, a move that displaced even its Flashy competition. Browsers were also slowly phasing out the overall use of plugins to improve performance and security.

By 2015, major Silverlight users, like Netflix and Amazon Prime Video, were dropping support for the framework, and Google Chrome had stopped supporting the plugin entirely. Mac OS devices followed suit in 2016, and Firefox in 2017.

Why is Silverlight being deprecated? And what does that mean for my app?

The last major version of Microsoft Silverlight was Silverlight 5, which was released in 2011. Since then, it has been superseded by faster, better, more widely compatible frameworks, like HTML5.

On October 12, 2021, the last browser that still supports Silverlight will drop support for it. Unfortunately, that browser is Internet Explorer 11 (another relic of the past that is also currently being phased out).

IE 11 has a market share of about 1.45%, a number that’s shrinking every year. So it simply no longer makes sense to keep supporting Silverlight.

With that said, deprecation of Silverlight doesn’t mean that applications will stop working due to their perpetual license. However, Microsoft will stop offering the Silverlight plugin installer for download after October 12, 2021.

Given the history, it no longer makes sense to keep supporting Silverlight if you are. Where I come from, there’s a saying: “The best time to drop support for Silverlight was ten years ago. The second best time is now.”

What are alternatives to Silverlight?

So what do you use, if not Silverlight? First, let’s run through a quick overview of your options:

The most immediate alternative to Silverlight is HTML5, the next-generation web standard that displaced it in the first place. HTML5 is lightweight, has excellent performance, and is widely supported, especially on mobile devices.

Blazor is an open-source web app framework, also by Microsoft, allowing you to use C# and reuse your old Silverlight code. This is recommended by Microsoft itself as an alternative to Silverlight, especially because it allows you to use existing .NET libraries.

ReactJS is an open-source JavaScript library designed to create user interfaces. It’s used by huge players such as Facebook, PayPal, and others. It’s a great choice if you’re accustomed to the MVC pattern of web UI development.

OpenSilver is an open-source rebuild of Silverlight in WebAssembly, removing installing a separate Silverlight plugin. You can reuse most of your existing Silverlight code in OpenSilver, though you’ll need to recompile it for the new platform.

What does it take to update my software to an alternative to Silverlight?

Any replacement for Silverlight you choose will require porting your applications to a new framework and testing it extensively to ensure compatibility and stability. That requires development time, which you might not have to spare.

A better alternative would be to hire the services of a custom software development firm. At Flying Donkey, we have the expertise you need in any framework to which you’d want to port your old Silverlight code. In addition, we’ll work with you to discover your software’s needs and offer a source code upgrade plan that will produce high-performance software that’s fully tested within reasonable deadlines.

Silverlight might be passing into memory, but its legacy has a chance to live on in a better framework.

Contact us now to find out how we can help you get this done.